12 Things I learned at my first DrupalCon

For years I have been hearing about DrupalCon from Brice and Amitai. Every six months they would send me a massive group photo and challenged me to locate them among the crazy mustaches, viking helmets, and identical t-shirts. Needless to say, I failed every time and the number of people in those pictures grew every year. I’m also happy to say that that last group photo - from a week ago - included me as well (Bonus points if you can spot me).

My first Con was an overwhelmingly great experience and I learned a ton of new things. Here are the top 12:

DrupalCon’s sessions and keynotes are diverse and engaging. For instance, the Community Keynote by @schnitzel (Michael Schmid), was full of tips to keep your brain ready and aware, such as: Start your day doing things you dislike, drink plenty of water that will force you to take a lot of pee breaks, and play with kids to clear your mind.

The enormous amount of people and ideas exchanged in DrupalCon are so invigorating that you might find it hard to sleep at night. Try counting backwards slowly from hundred to zero. I have already put it to the test and it works - that tip alone was worth the trip. 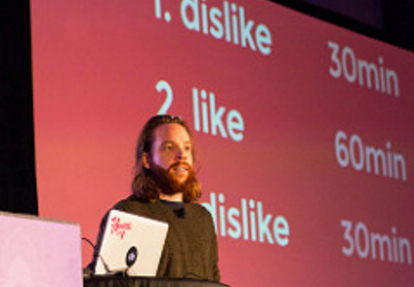 New Orleans is a seafood and meat town. Crab, crawfish, sausages, bbq, and alligator - the Queen City is not known for its consumptions of vegetables.

Breakfast portions are huge and everything is golden-brown. But in New Orleans there is a special name for that little strip of green ground in the middle of a boulevard - “neutral ground” (thanks Trivia Night!). Perhaps they can grow fresh vegetables there! 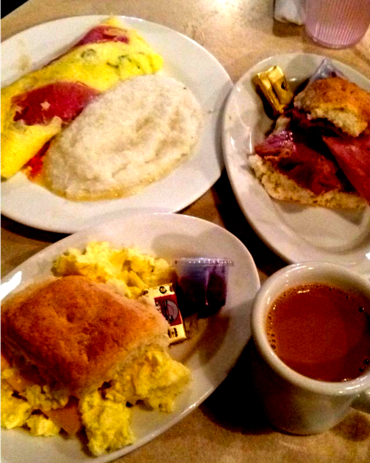 I was slightly afraid of joining a team in Trivia Night, but it seems the fine lords of Trivia have made newbies a wanted commodity - just by sitting at the table my team got 14 points because I was a first-timer both in Trivia Night and at DrupalCon.

Despite that bonus, and the fact that my Metal Toads teammates really know their Drupal, we did not win. But still, for me, Trivia night is the essence for the whole week: smart, funny, friendly, welcoming people, having fun while geeking out till midnight. Loved it! 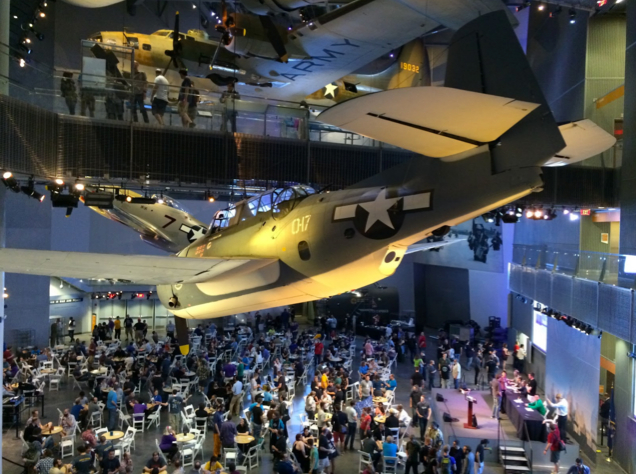 4) Contribution can come in many forms, including opera singing and dressing as Sriracha sauce

It was on the last day when I told Amitai that I felt bad that I have 0 credit points. Coding isn’t really my strong suite and my tenor voice range is limited.

In Gizra we are all encouraged to contribute to the community on company time, this is core practice of the the Gizra Way.

Yes, I attend local meetups and camps, but seeing all the different forms of contributions in DrupalCon and the enthusiasm related to it has inspired me to write this blog post as my way to commit to the community - there are many Drupalers that could not attend and hopefully they will get a bit of it from this post. Or I can always hop onto the issue queue as Leigh Carver suggested in her session. 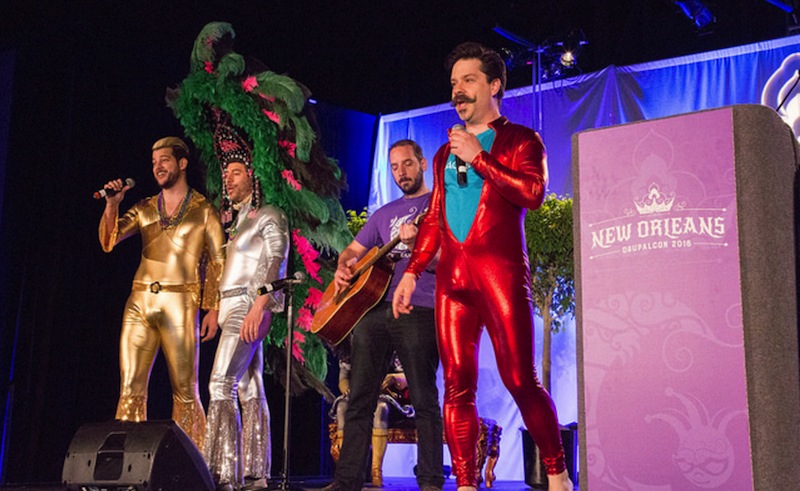 The funny pre-keynote. Even man in tights are considered a form of a contribution in DrupalCon land

5) Wi-fi is created by a Roomba vacuuming robot. 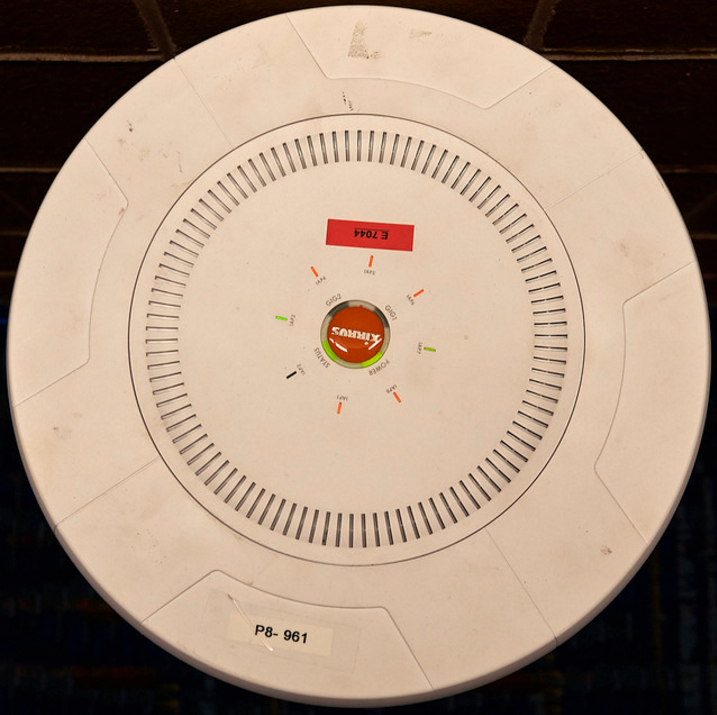 Not really a Roomba vacuuming robot

6) Amanda G from the emails is a real person

And so are all the rest of the Drupal Association’s nicks. Presumably being human, it seemed like they worked nonstop, 24 hours a day, with zero sleep during DrupalCon. I saw them everywhere at all hours of the day. You can’t help but appreciate the enormous effort of producing this huge event, as well as maintaining a community year around.

Don't ask - it's hard to explain

And Dries used it as an example in his keynote to describe something that has a single use case and very limited reach. Exactly the opposite of Drupal’s future - a versatile platform with very high usages. Drupal has already been used in a non-traditional environments such as Tesla car dashboard and NYC Subway information kiosk and our benevolent dictator has shared with us his personal vision for building cross-channel customer experiences that span various devices powered by Drupal.

Unfortunately, he did not wear the beard but I bet that there will few of those in the upcoming Dublin DrupalCon. 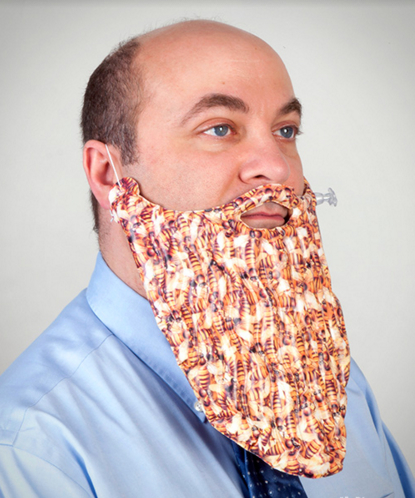 BOFs, sprints, hallways, parties etc. - all the places where there are no video recordings - are where the real DrupalCon is happening. There’s so much value in face to face meetings, where people can tackle the problems and discuss the features that make Drupal great.

And if counting down from hundred to zero does not help - the sprint lounge is open 24!

9) On a ghost tour in New Orleans, you do not see ghosts. So what’s the point?

Thanks to Amazee Labs for sponsoring a haunted tour that I experienced on my first night. I had no idea that social events of all kinds are such a huge part of the Con. From a cheerful funeral procession, a laid-back Lullabot party or a just a friendly Women in Drupal mingle event, there was something every night in a different location around the city, making DrupalCon four continuous days with very little sleep in between. 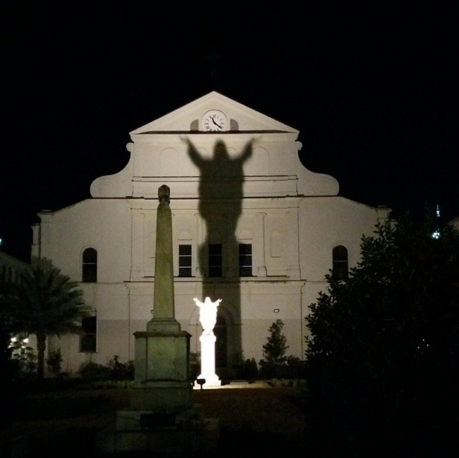 According to our ghost tour guide, the locals call it Touchdown Jesus

10) Your servers should be “cattle not pets”

Do not get attached to your web servers. Do not name them or treat them like pets. It will then feel weird when the time comes that the traffic volume goes down and you have to let them go. Think about them as cattle, have just the amount you need and can feed. I learned that lesson from Steven Merrill’s great session on “How Major League Soccer Scores Superior Digital Experiences”.

11) You can use Drupal to build a social network

Well, I guess you already knew that. But you might not have to do it yourself, as others are already working on it. Open Social, a distribution for building social communities and intranets will be released this summer. It looks great and it is the de facto successor of Commons for Drupal 8. GoalGorilla is leading the project and using it as a use case for commercial distribution. Taco Potze talked about about in his session “Selling Drupal modules & Distros.” 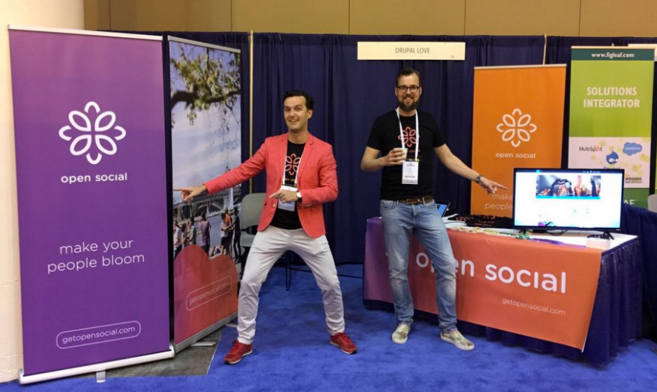 This last one is actually to myself. As the director of Gizra US, it’s there to remind me, that I’ll get another chance to experience the same great stuff next year at DrupalCon Baltimore!