The Evolution of a Company: Our Journey to Becoming Distributed

I remember how it started.

I could tell Gizra was changing. 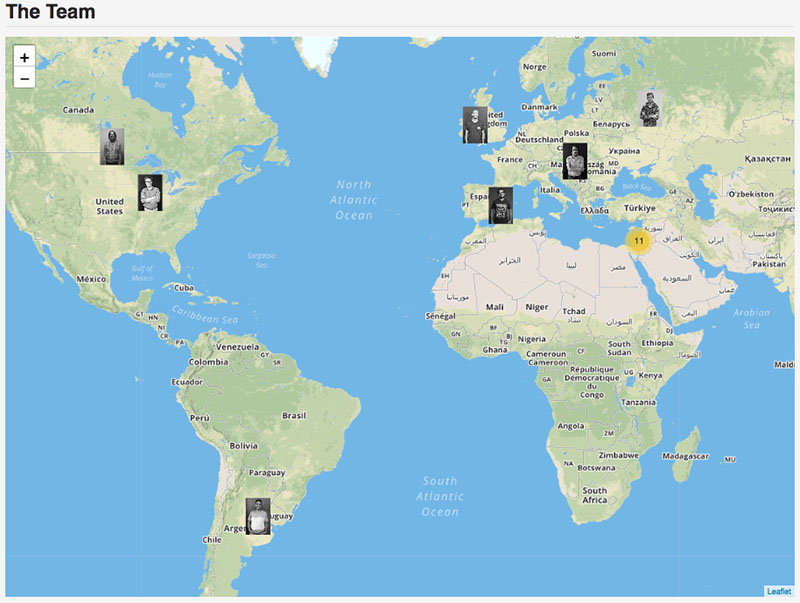 Every day, it seems, Gizra is more an more distributed. Our Team page shows the location of all of our employees

I have to admit - I am not a big fan of change. Quite the opposite - I find change very difficult. It usually takes me way too long to adapt to a new and unfamiliar situation.

When I sense that a change is in the air, I put my helmet on (as if I am getting ready for the other shoe to drop) and start asking questions. Understanding change always helps the transition to be easier. The worst part of this process is when I get overwhelmed by anxiety and let those disturbing “what ifs?” get inside my head.

But with this change I didn’t have time to ask questions as the transition was already in motion. Even before it had begun, it was happening faster than I could recognize it. Then it hit me: Gizra was distributed company long before it has been declared as one, with employees from all over the world: USA, Canada, Spain, Hungary, United Kingdom, Germany, Austria, Russia and Argentina.

Heck! even Amitai, one of the owners of the company, became “distributed” as his family relocated a few hours away from our office in Tel Aviv.

It is happening. We are evolving.

Our remote employees were always “remote” to begin with, but the employees that were used to sitting at Gizra headquarters, sat close to one another, ate together, coded together, had hallway conversations, threw geeky jokes to the air, happy hour-e’d together - They experienced this change from a unique perspective: the “home” that they used to come into everyday was breaking up.

Even though this change happened progressively, unfortunately, some employees had a hard time to adapt to the new concept of working as part of a distributed team and left. No hard feelings, it just wasn’t working for them anymore, and I totally get it.

I felt confused, sad, anxious, worried and unsure. People who worked at Gizra prior to my arrival, who welcomed me on my first day at the office had left. People whom I had hired for work, had left.

The decision to close our way-too-big office and move to a “slimmer” hub, located in a coworking office space in Tel Aviv, was more challenging for me than anything. I had to wear my best poker face to appear strong and brave in front of the remaining “local” employees, who were struggling with the uncertainty of this change. Or at least I tried.

Then I decided it is probably not the best idea to wear my poker face as there’s probably a reason why I keep losing in poker games ;)

Instead of wearing a poker face I’ll just do what I always do - wear my heart on my sleeve. Despite my mixed emotions and anxiety, I shared my feelings and concerns with them in ongoing one-on-one conversations. By sharing my thoughts and fears I was able to show them that they are not alone, and we are all in this together! I tried to empower them, raising their moral as much as I could and made sure the ones who stayed, won’t get affected by all the negative buzz, the negative emotions and decisions of the ones that left or on the verge of leaving. Advising them (and myself in a way) that adapting to a new reality is never easy, and asked not to give up before they truly give it a chance.

There’s a phrase “The beginnings of all things are small”. So we started small and installed Slack. Even this so-called simple and “harmless” step took some time to get used to, as everyone had their own favorite form of communication that they were used to. Some used Google Hangouts, Whatsapp, emails, and some even used the old fashioned way of talking directly with the person you wanted to speak to! (and for some, all of the above - hint hint - me!) Getting all of us on the same platform was a challenge! However, you must start somewhere, right? 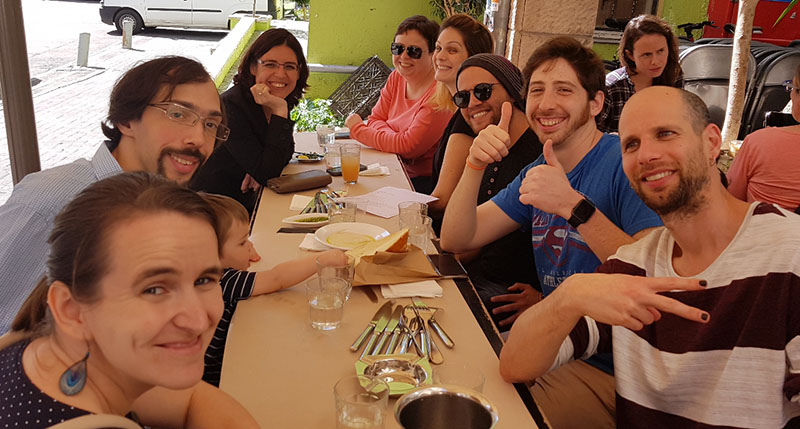 A gathering in Tel Aviv in Honor of Senior Developer Aron Novak's visit to Israel.

It’s been six months since the day we geographically moved, and more than a year since our journey of becoming distributed company has begun.

During this period of time, we learned how to work better together because we basically had to rework our habits, our workflow as well as adjust our expectations. It doesn’t feel like “local employees” and “overseas employees” as much as it used to. It’s no longer “us” vs. “them”. The borders are more blurred, and yet it’s not perfect.

I feel Gizra began its transition and progress has been made, however, the transition will never be complete. Not much of the happy ending you’d expect, I know. The truth is, we are going to have to continue working very hard to being aware of those who don’t sit next to us or live in the same country. We still have a lot of work to do. The Gizra way is all about that you can always do better.

Don’t get me wrong - we are on our way, we are on the right path. An evidence of that stroke me on the night of the critical Drupal security update (dated March 28th. 2018) when ALL of Gizra’s developers were patching more than 30+ websites for our clients in the course of about an hour! Seeing all of our employees (from 5 different time zones!) share a joint venture, it was amazing! All of us hung out in a video conversation lounge room that we opened in Appear.in, talking, sharing our progress, interact and watched each other in the process. Watching our developers follow a good workflow and help each other out was quite a thing!

I remember a sigh of relief burst from my chest, and I felt I couldn’t be prouder of our team! I was smiling to myself, thinking I had just witnessed a magical moment.

It made me look forward in anticipation to see what’s next for us.

Gizra still evolving, and we still have a ways to go.

Understanding Media Management with Drupal Core How We Work in Gizra