Software is eating the world.

The future is already here — it's just not very evenly distributed.

Gizra began its life as a product company, trying to solve a specific problem in the textile software space. As often happens, the product was taking a long time to build and the bills were accumulating, so Brice & Amitai took on a client project to pay rent, then another, and another, and seven years later found themselves leading a 20 person development house, doing projects for clients such as Harvard University, The UN and The European Commission.

About a year ago, we felt it was time to take Gizra to the next level and put a real effort behind our products side. To do so, we formed a new company called Gizra Alpha and set it on a somewhat unusual path. The quotes above might give you an idea. 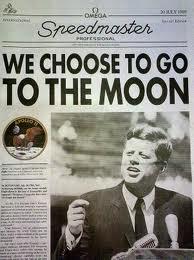 Gizra Alpha makes a key assumption: Software is eating the world - but not evenly. Being in the business of building software, we’re relatively spoiled with state of the art software tools and methodologies. This is not necessarily the case for other businesses, and we see a huge opportunity in applying modern web software tools in places where they are not usually found.

We actively seek out people who have built careers in fields unrelated to software, accumulated domain expertise and business connections, and have identified a specific need in their market that can be met with the web-based technologies we’ve become highly skilled at applying.

Then, we begin by creating an informal partnership to explore the potential. Together, we define the need. We figure out, sometimes bringing in external advisors, a software solution. We show the proposed concept to potential clients, to validate a market need. Only then do we build an MVP, allocating it a fixed amount of resources (usually 2 developers x 3 months). We then see if the clients are actually buying the product. If not, we iterate until they do - or until we decide to shut it down. If the former happens, we incorporate our partnership into an independent company. This is the desired outcome (and the beginning of another journey we’re just starting to learn about).

Since Gizra Alpha got its start, we have initiated four such projects. Our initial thesis seems to hold true: many sectors are indeed using dated software tools. We often find we’re replacing a lot of Excel sheets and Visual Basic applications with modern technology, providing users with vastly more powerful tools to do their job.

Our first venture was in the public auction field, and is now incorporated as an independent company. Another is in the energy/IoT area, and just secured a second round of financing from the Israeli Office of the Chief Scientist. An education-related project is currently making the rounds at VCs. And after comprehensive market validation efforts, a fourth project in the DevOps space is currently on hold. We’re now starting a fifth venture in the health sector, and we’re always looking for more - please feel free to contact us at [email protected].